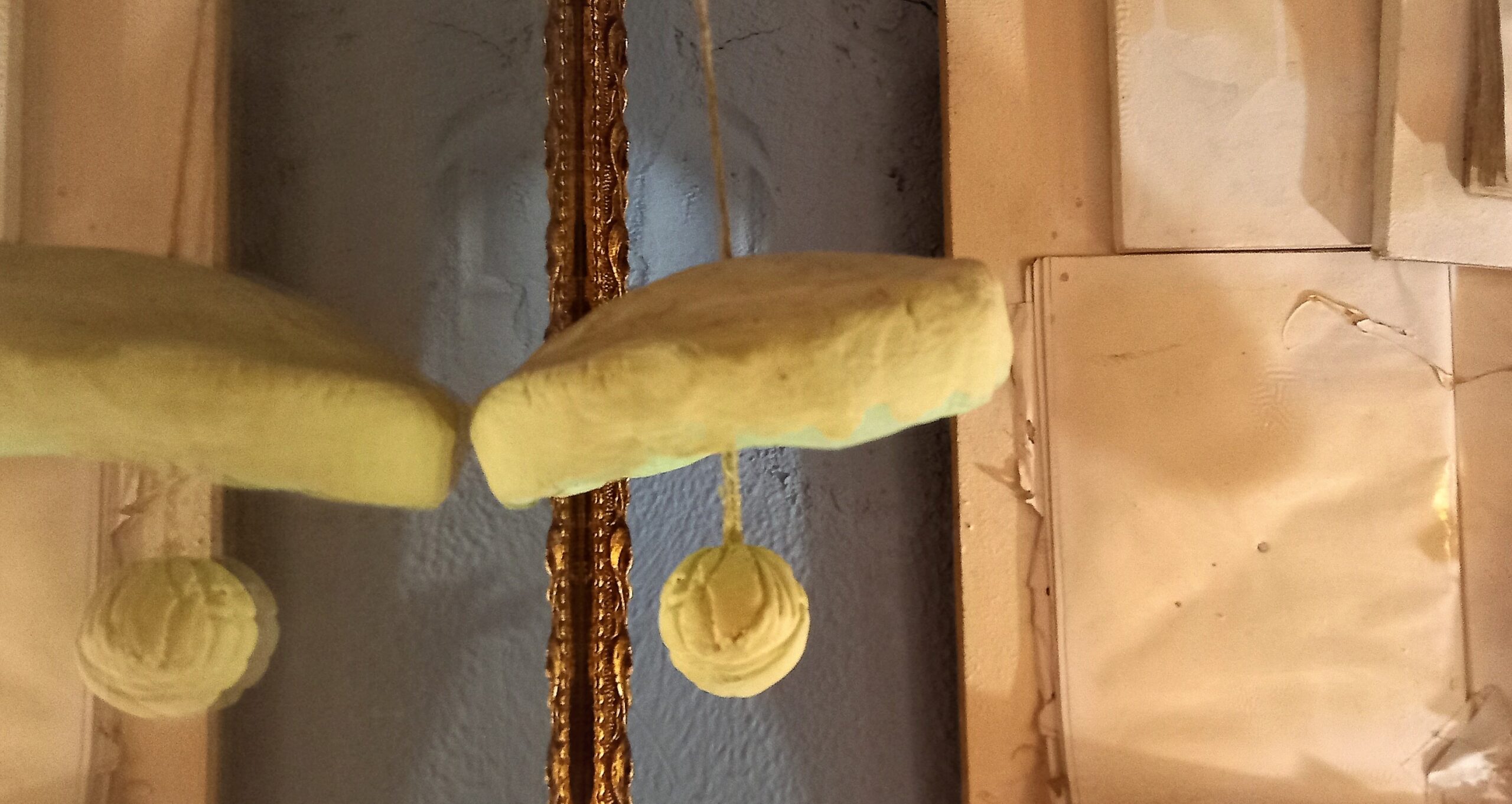 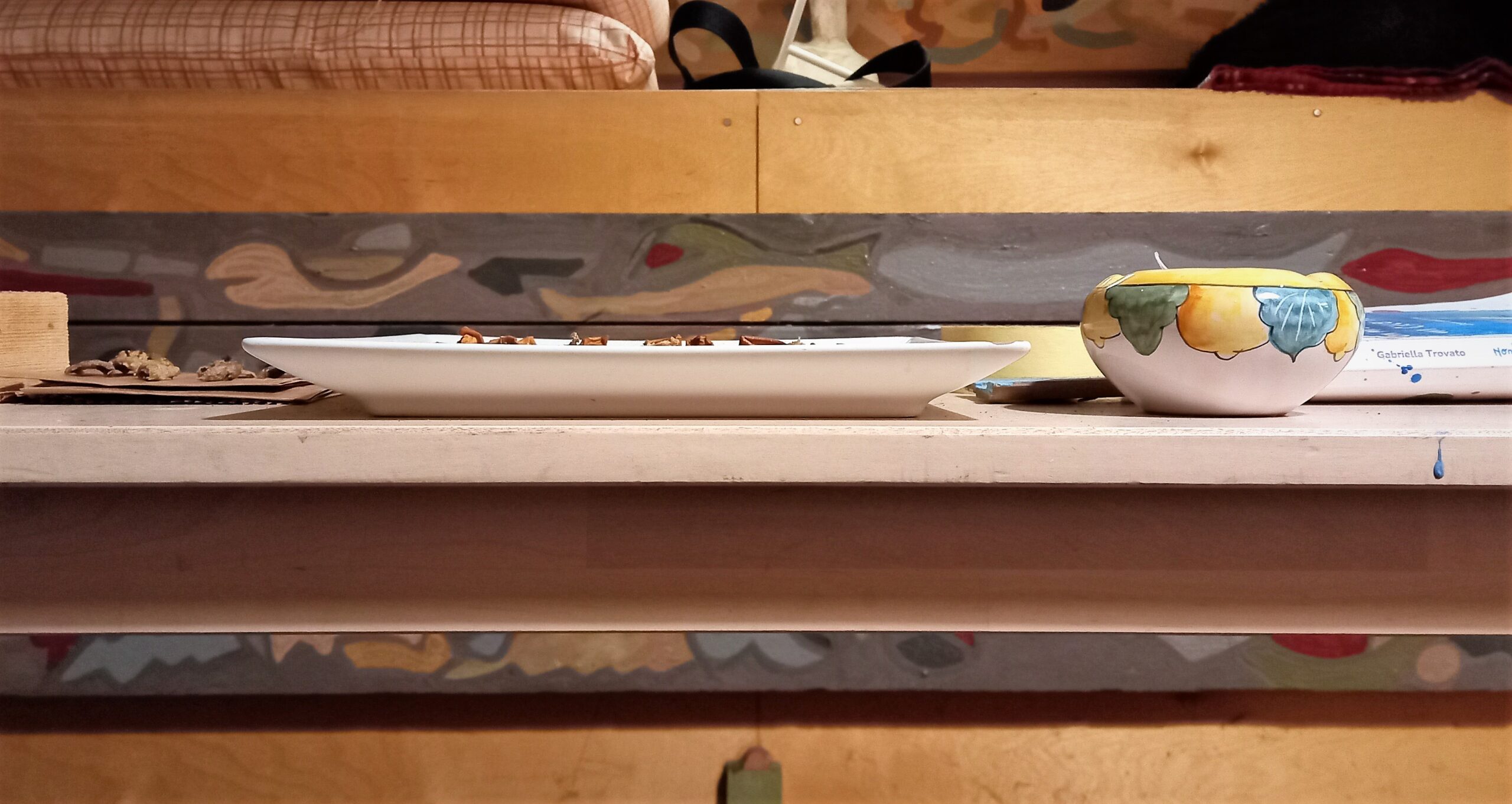 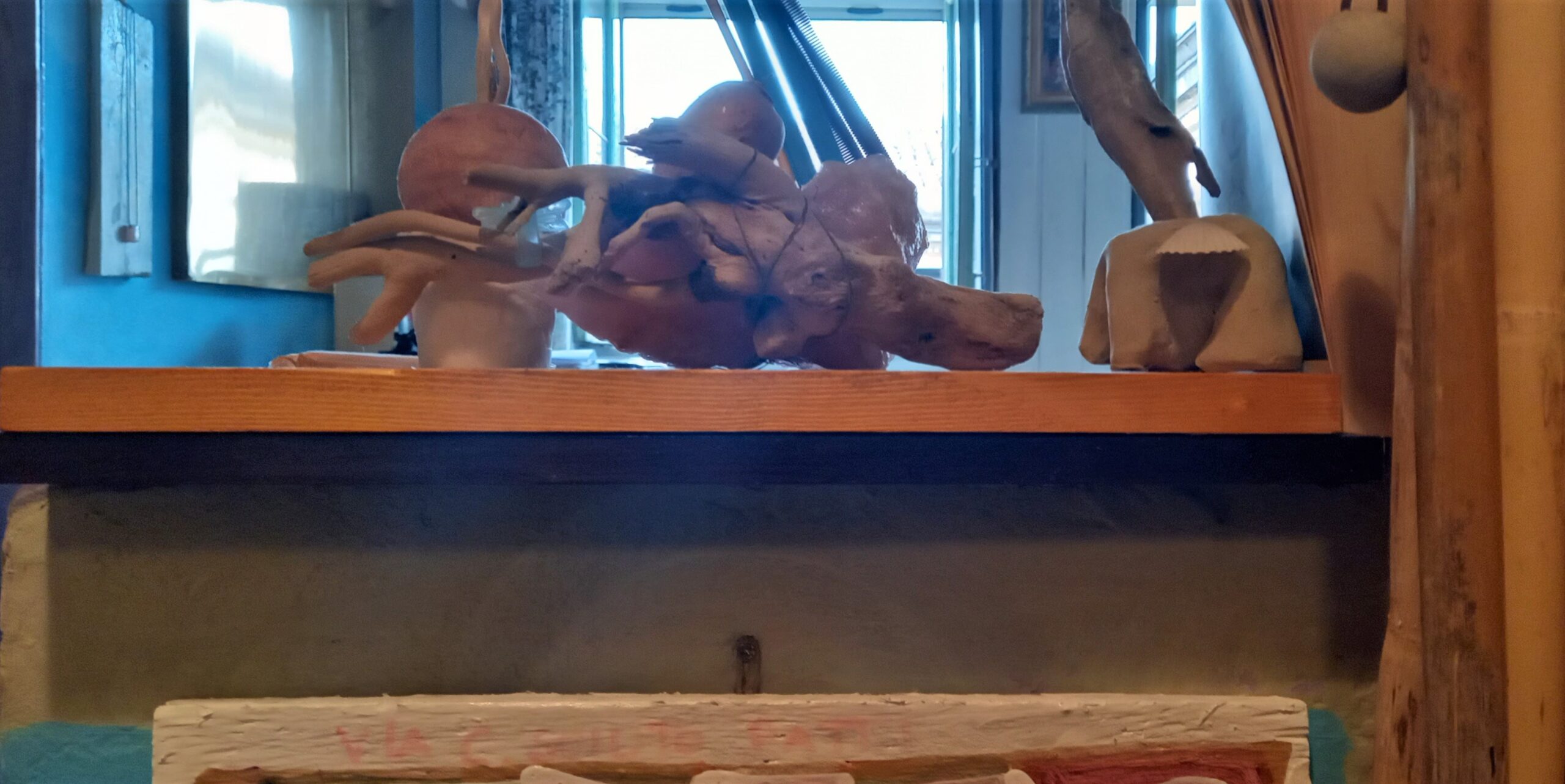 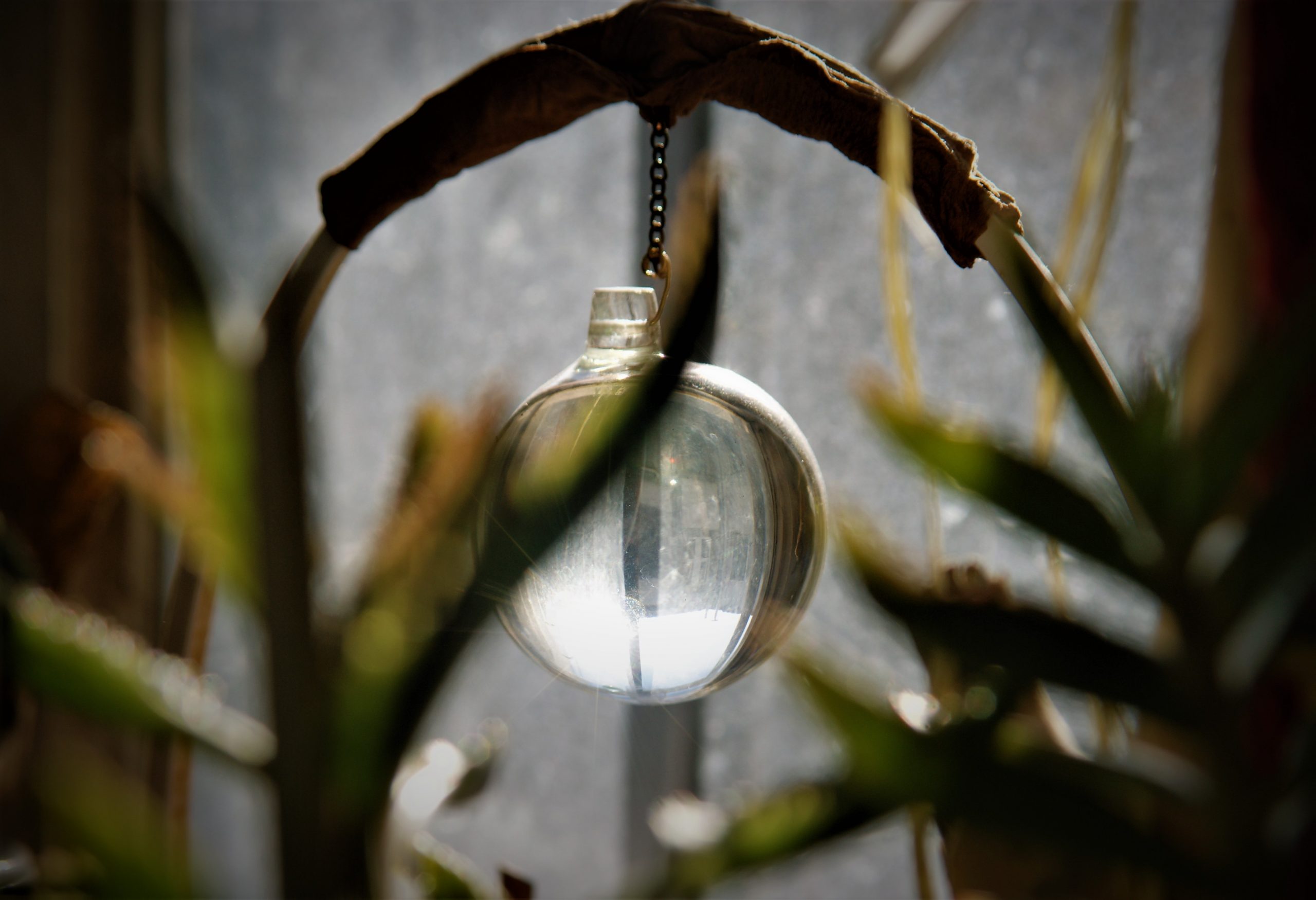 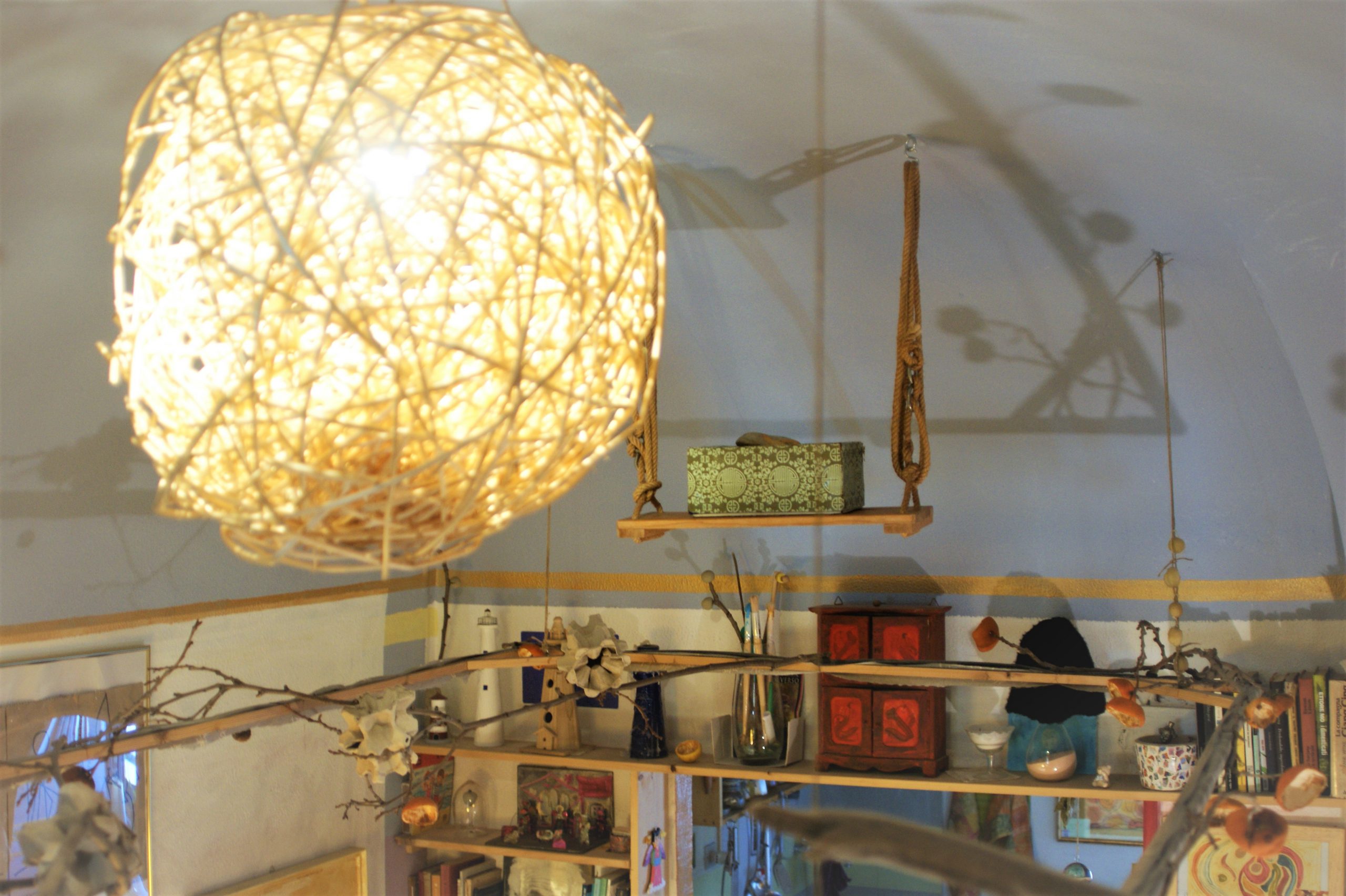 CLAUDIO AREZZO DI TRIFILETTI, IN THE PANORMANA OF MODERN ART BRUT BETWEEN PSYCHOLOGY AND TRUTH

Claudio Arezzo di Trifiletti is a genius. Recent studies carried out by Cambridge University argue that with genes “you are born and become”. In that sense, the innate abilities in humans, which they have in any given field, if not taken care of or carried out with great study or with a constant work, you will relentlessly lose them. This case regards Claudio’s effort in a field that already as a child sent him infinite impulses and signals: Art.

To date, only 31 years, the artist of Catania has had fourteen exhibitions in two years, including participation in the III Salon International d’Art Figuratif of Paris in 2004 and the Bramante room for the Biennale of Rome of 2006. His most significant “adventure”, however, is much more recent. It is his first solo show in New York, from the 9th to 22ndof April in 2007, at which time  Arezzo justifiably wanted to name his “imprints” Footprints. “There is no being that does not leave its traces, and these are the testimony of his coming to this world. Infinite are the traditions, philosophies, religions, customs, attempting to divide the thought of living on this earth. Through this project demonstrates the equality of all present, who trample on the canvas, which is the ground on which they walk, the ‘World’. This is a demonstration of a company of colors, shapes and feelings, contrastandosi between them, giving rise to stories and representations of reality through contemporary living being”. These are the words of the artist explaining what his journey it consists of, the breaking point between the wire for as was seen in the past and is now used as the same in the third millennium. The artist in New York, the capital of contemporary art, makes an important note: if Pollock was, in fact, capable of destroying forever the concept of the picture with the invention of the drippings in 1947, in which the canvas was stretched out on the floor to give a chance to the viewer to walk around the same artist, to get into it, so that his works were acts only recording of its passage, without the representation of recognizable images. Today, our artist Catania, Claudio Arezzo di Trifiletti is not the only one to touch and get involved in his work as he is the creator. He does the work “with the viewer”. This is not three-dimensional works in which the viewer can get in touch as in “ball suspended” by Giacometti, or “floors” by Carl Andre, but once again the capital of contemporary art, the art takes on a new meaning. The artist is always and only one but without all the souls that shape his work, they make their presence, which intrude their soul in that field that did not belong to him; the work might not be the same and not emanate the same energy. Claudio Arezzo prefers this, just in his work, can also get into the rest of humanity. “The streets of Manhattan are filled with white linens and oily substances that will allow fingerprints of passersby to leave a permanent mark”. So he wants to capture the energy and the lives of all those who have passed on to those sheets that are impregnated with dreams, anxieties, feelings, all those events that are common to each and every individual on any day of his life in this world, who can enjoy the gift of life. The mutilated bodies reappear, are pieces of a life lived in a flowing entity constantly evolving. His message of peace is so easily recognizable in three main forms: giving the same importance to the various streets of New York City absolutely interracial and intercultural following them day after day, as in wanting to collect the different feelings of the people who live, the lowering of the artist to the field of the common man, with his talk with people, invite them to pass on its future work, the creation of shapes that intertwine with each other, no matter what color, blue, gray pink, “express the inner man closely related to today’s society”. The characters present embrace, struggling. As you observe, scrutinize, they dance with each other, in the love of life and in opposition to the war, in a huge embrace of brotherhood. Seemingly obscure works always have, in fact, a positive message sent by an artist of noble birth but apparently also of the heart. These in fact, “do not want to disturb the viewer, not the result of a troubled soul, but they tend to analyze the decadence of human values. With the hope of a happier future union between man and man”.
“New York, February 27, 2007 I walk around wearing a badge with the words “feeling is believing”, the sheets lie in the streets more strategically, I like the people who live here. The air and full of life. When the sheets are lain, people do not understand, then you begin, turn on incense, shake hands, look. I smile, I communicate with gestures and then to all those that rise above I extend the invitation to the event[…]I invite all who are rich, poor, Black, Chinese, Italian, American, are all part of the same world, we all walk over these sheets over this world, and must help to preserve the life that makes us all share in this miracle”. Claudio Arezzo di Trifiletti, contemporary writings.

Conclusion: In all these lines I talked about the beautiful and the ugly, the two principles are impossible to funnel everyone into a container because, thanks to the different identity, the subjective and objective vision that we have of ourselves and towards what surrounds us, every man can be proud of being different from others. The tastes that make each of us to follow their own path. The primary art, the one that first comes into our subconscious and then comes to life in the external manifestations, as in a child’s mental associations that eventually gets to draw a house with the eyes and mouth, is the purest that can exist. As I mentioned the “make marks on a surface” represents the first form of expression and the meanings that are attributed to these marks are what comes from the depths of our mind and soul. I chose Claudio Arezzo di Trifiletti to represent my thinking because his art is a pure manifestation of the world that surrounds him, extremely contemporary and at the same time infinitely intimate and subjective. The expression in these forms is mainly due to the sad and nasty world to which we belong. An artist, a man of highest sensitivity, cannot express himself with flowery landscapes if yesterday an individual killed his wife and son. The only solution is a language that dissociates completely from the world around him, while recounting the events , with a style free from any compromise. Art Brut was talking about Dubuffet is always in our midst. Seize this thought means to have a higher sensitivity. The art of fighting without wars is today the world around him. Paintings, installations, three-dimensional works, they all have the same characteristics when viewed with the eye of the contemporary. There is no work of art today that is not filtered by the mind, without a strong emotional content. The works of Claudio Arezzo di Trifiletti need to be deciphered in careful study and deep thought, but, at the same time, the man who is an individual creates simple, pure from his soul . Only his knowledge of being the same as everyone else makes him an brutal artist, infantile in a positive sense, that is open to all stimuli that are given from the outside, inclined to learn only what is most important is without being influenced by evil. The biggest news of the work of Claudio Arezzo lies down in the field as an artist, but mostly as a man, a man like any other with the only difference that records what he sees and feels, while all the rest of humanity is too busy to carry out work for a company that goes lower and lower, with total disregard for the values ​​of which he does not even remember the names. The world of artistic expression is a mixture of current trends and, therefore, often requires a suspension of final and precise judgment. Today, close to the art world, there is also the real world, a world that is slowly making us abandon ourselves, only to find oneself having to go our way with the constant risk of losing. I conclude with a poem that comes closest to my thinking on this topic:

A man who cultivates a garden, as Voltaire wished.

He who is grateful for the existence of music.

He who takes pleasure discovering an etymology.

Two employees at a cafe in the South play a silent game of chess.

The potter, contemplating a color and shape.

A typographer who sets this page well, maybe not like.

A woman and a man who read the end of a singing trios.

He who strokes a sleeping animal.

He who justifies, or wishes justify a wrong they have done himself.

He who is grateful for the existence of Stevenson.

He who prefers others to be right.

These people, unaware, are saving the world.

“It is important to believe in your soul, that it can know of the youngest and the oldest. The soul does not belong to the body, but it is the body that belongs to the Soul. I think that there is an energy, above good and evil, this energy is omniscient because it draws on experience from the life and continues his creations”. Claudio Arezzo di Trifiletti